The triumphant faith of Nicodemus and Joseph 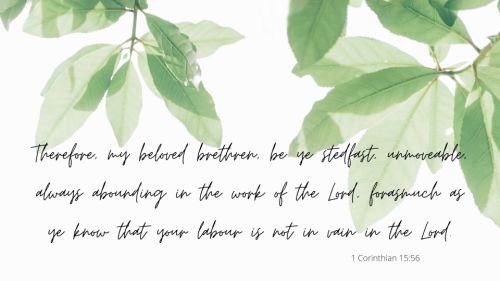 "Therefore, my beloved brethren, be ye stedfast, unmoveable, always abounding in the work of the Lord, forasmuch as ye know that your labour is not in vain in the Lord." - 1. Corinthians 15:58

After the death of Jesus, in itself a powerful display of the struggle between God and Satan, there’s a fascinating story. Jesus had been arrested, dragged from place to place for trial, tortured, finally crucified, and now hangs dead.

Matthew 26:56 says that during the arrest in the garden, the disciples fled the scene. Judas watched the trial until he realized his mistake and then tried to undo his act of betrayal. John left, but came back to see with the crowd. Peter was on the outskirts until he denied Jesus and went away with a broken heart. They were confused and discouraged.

After Jesus lay in the tomb, Luke 24:21 tells us his disciples were disappointed. They thought the Messiah had come to establish a free kingdom, but now He was dead. Mark 16:14 says the attitude of the disciples was unbelief and hardness of heart. John 20:9 tells us they didn’t remember the times He had told them that He would rise again. The twelve saw their dreams of justice and peace on earth squashed. They were feeling let down, perhaps bitter, and without a purpose anymore. Jesus’ death destroyed their hope. No doubt others felt similarly. But, intriguingly, there were a couple of exceptions.

"And after this Joseph of Arimathaea, being a disciple of Jesus, but secretly for fear of the Jews, besought Pilate that he might take away the body of Jesus: and Pilate gave him leave. He came therefore, and took the body of Jesus."
~ John 19:38

There was a man named Joseph. He had heard, and most likely seen, Jesus, and he believed. But his faith was weak, and he didn’t want to stand up to the Jews. He believed in secret. Perhaps he had a reputation to lose, or family who would disown him. But now, after Jesus had been crucified and hangs dead, something changed.

Joseph finds the courage to personally ask Pilate for the body of Jesus. His faith and loyalty is no longer hidden. Jesus has been seen and talked about by thousands of people who will question what has happened to His body. Joseph will be named. But he goes right ahead.
In the next verse, we meet another bold character.

"And there came also Nicodemus, which at first came to Jesus by night, and brought a mixture of myrrh and aloes, about an hundred pound weight."

Nicodemus was a seeker; a spiritually learned man, but curious and open hearted. He had some questions for Jesus, and he had come to ask them at night. He too was afraid of being seen with Jesus. But now that Jesus is dead, Nicodemus comes out of the shadows.

Together, he and Joseph prepare the body for burial, each giving up their personal reputation and their treasure. Joseph owns a tomb in the garden – this he prepares instead for Jesus. Nicodemus brings large quantities of costly spices to anoint Jesus with. These men spared nothing of what they could give for Jesus.

What a contrast we have here! Christ is dead in the grave. Satan is in triumph. If he can stop Jesus from rising, he has succeeded for all of time. The disciples are down, ready to give up and give in. The enemy could almost rejoice in his victory.

But right in his face are these two men: Joseph and Nicodemus. They have renewed faith, and they act with courage and assurance. They are confident Jesus was the Messiah.

The same thing that stifled the hopes of the disciples established them in the hearts of these men. In the darkest time in history, even though the crowds gave in to disbelief, God was still working. Quietly, in the hearts of a few who were willing, faith triumphed.

In the moment when it seemed Satan had won, when Christ was dead in a tomb, when those who had professed all to Him had backslidden, God was able to ignite and solidify faith in the hearts of men. If God did that then, what can He do today?! The times might be troubled and uneasy – perhaps the worst we’ve seen. But our God is a redeemer, and He can bring good out of even awful circumstances in the world around us. May we be the Joseph and Nicodemus’ of today, and take courage in the sure hope and victory God is still providing.

"O death, where is thy sting? O grave, where is thy victory? …But thanks be to God, which giveth us the victory through our Lord Jesus Christ.
Therefore, my beloved brethren, be ye stedfast, unmoveable, always abounding in the work of the Lord, forasmuch as ye know that your labour is not in vain in the Lord."