The story of an annoyance... - powerful poem! 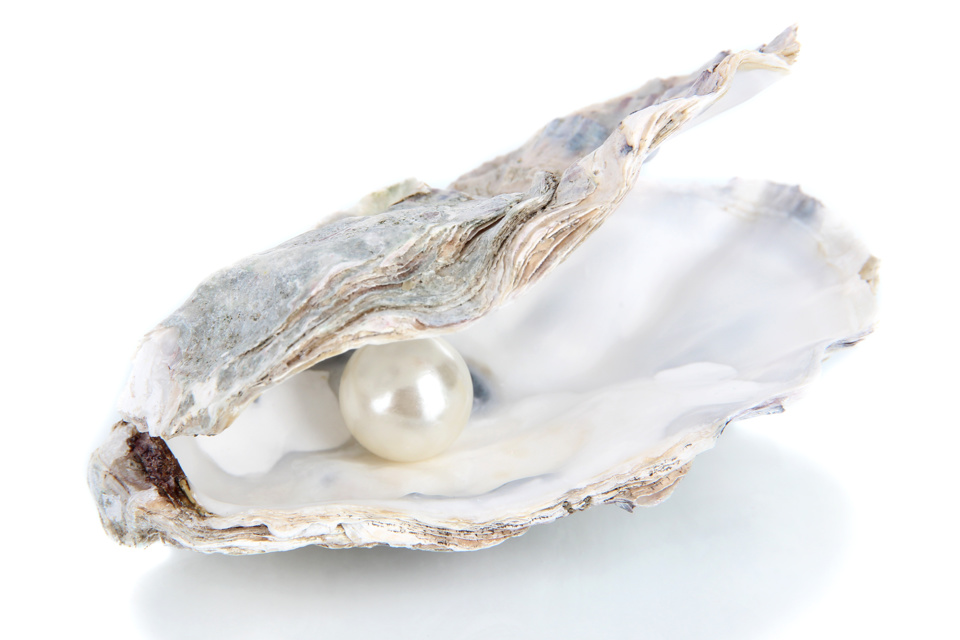 There once was an oyster whose story I'll tell --
Who found that some sand had slipped under his shell.
Just one little grain --but it gave him much pain --
For oysters have feelings --although they're quite plain.

Now did he berate the working of fate --
Which had led him to such a deplorable state?
No! He said to himself, as he lay on the shelf,
"If I can't remove it --I'll try to improve it."

So, the years rolled by as years always do,
And he came to ultimate destiny --stew!
But the small grain of sand which had bothered him so --
Was a beautiful pearl all richly aglow.

Now this tale has a moral for isn't it grand --
What an oyster can do with a morsel of sand?
What couldn't we do -- if we'd only begin
To enrich all those things that get under our skin.

Wow.....just the place I am....I'll just continue to see what the end will be like Job...Thanks..God bless

Story was so amazing ? and give us a lesson

Now did he berate the workings of fate
That had led to such a curious fate?
Did he curse out the government, call for an election
And cry that the sea should have given him protection
THIS HAS BEEN LEFT OUT

I am the oyster in this poem,life itself allowed more than just a grain sand to slip through,Remember,"What is allowed to slip in,is also allow to slip out.What goes into you,will also come back out of you.I too consider myself a poet.I tell people,If anyone ask you about that C.B fellow,just tell them he's the storyteller.God bless you is my prayer. Minister C.Bennett.

thanks for the poems I've always inspired by don't quit it's the story of my life thanks.