Why Are You Here?

God's response to our discouragement 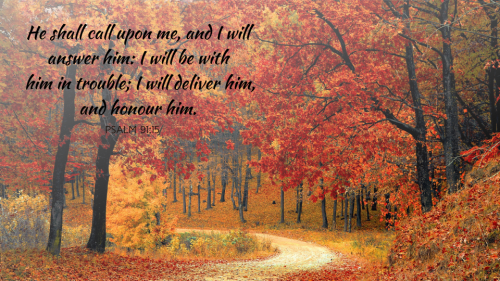 There’s so much in the life of Elijah that has made him one of my absolute favourite historical characters. Filled with faith, courage and boldness, his story is one I love to go back to; but, 1 Kings chapter 19 is probably my favourite chapter of his life. A beautiful picture of God’s love to His children.

It opens us up to the story of Elijah after mount Carmel, where God manifested His power for his servant and the people of Israel.

Elijah expected great things to follow this demonstration, a great reformation, a turning away from evil and a return to God. He expected immediate results. Instead, he heard news that Jezebel was seeking his life.

At this point, Elijah, a man of so much courage does something we weren’t ready for, we see him take a turn we wouldn’t have expected. He runs.

We see this man of God, who stood atop the mountain amongst over 400 prophets of Baal and all of Israel and alone professed God to the people. A man who, after this, went and prayed seven times unflinchingly that the rain would come after the three-year drought. Who saw “a little cloud out of the sea, like a man’s hand” and knew, that was enough, that was the answer to his prayer. We see this man of incredible faith, lose his hold on God.

Depression had overcome him and, at this point, Elijah would have preferred death over life. The Bible says he “prayed that he might die, and said, ‘it is enough, take my life…’” (1 Kings 19:4). He felt as though God had left him.

There are so many ways God could have dealt with Elijah during this time. He could have given him a heavy rebuke. He could have said, “I’m done with you. I showed you my power and strength and you still failed me. I’m going to go find someone who will do my work.” He could have left him to his depression.

But God chose a different method.

I will never leave you, nor forsake you.

While Elijah slept underneath the juniper tree, an angel came to him twice to give him food and drink for “the journey is too great” for him. Already this tells us something beautiful about God’s character. In the time of discouragement and sadness, God loves us enough that He will send His angels to come and minister to us, to encourage us on our journey.

But this is the interesting part. Elijah wasn’t planning to head back to stand in the name of God, he wasn’t planning to do His will. Elijah’s plan was to continue running from God. And yet, God still helped him in his plans. What tender love and patience we can find in our Father in Heaven!

While Elijah was lodged at Horeb, God came to speak to him. During Elijah’s greatest discouragement, while he only saw a miserable end, God never left him. He came to Elijah, and instead of offering a stern rebuke, He asks a simple question, “what are you doing here?”

A simple question, but so filled with meaning. God never called Elijah to run, yet despite him letting go of his trust and hold on God, he was never cast aside, or left in his despair. God never forsook him, he patiently waited and watched, protecting him from his own mistake. And, when He saw that Elijah was ready to hear Him, He called out to Him.

Are you feeling discouraged or depressed? Are you where He’s been calling you? Are you feeling like you’ve lost your hold on God? Fear not, for He hasn’t lost His hold on you. He’s sending His heavenly angels to minister to you in your time of greatest need. He’s calling you today, tenderly but surely.

“Why are you here? I didn’t call you here, but I’m not giving up on you because you are. Come back. I still have a work for you, just come back.”

Will you answer His call today?

Do you want to know the beautiful ending to Elijah’s story? He went back, he followed God’s leading, and Israel eventually reformed just as God had promised. And Elijah, the man who lost his hold on God and ran away… God sent down a fiery chariot to take him home. He never tasted death.

He shall call upon Me, and I will answer him; I will be with him in trouble; I will deliver him and honour him.

God calling everyone to his work

God calling come back to me